What are the causes of tinnitus? It turns out that tinnitus can be caused by a lot of various conditions.

The most common causes of tinnitus would be conditions linked to the ear or to your hearing. As an example, sometimes tinnitus is simply caused by a build-up of wax in your ears or an ear infection. Once the wax is removed or the infection is treated properly, the tinnitus typically goes away. 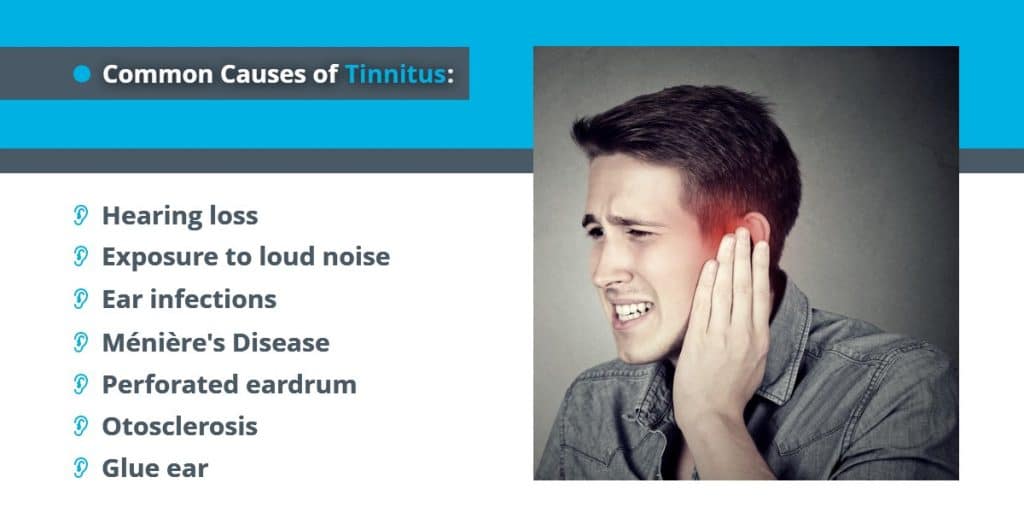 In other cases, the tinnitus is caused by damage within the hearing system. This is still being researched as the tinnitus may be stemming from different places within the hearing system: the middle ear, the inner ear hair cells, the hearing nerve or even within the areas of the brain. That said, the most common theory is that there is damage in the tiny hair cells that allow us to hear, which sends random electrical impulses through the hearing nerve, and the brain interprets this as sound. Simply put, hearing loss can be the cause of tinnitus, whether it is due to noise exposure or simply due to wear and tear of hearing (age-related hearing loss). 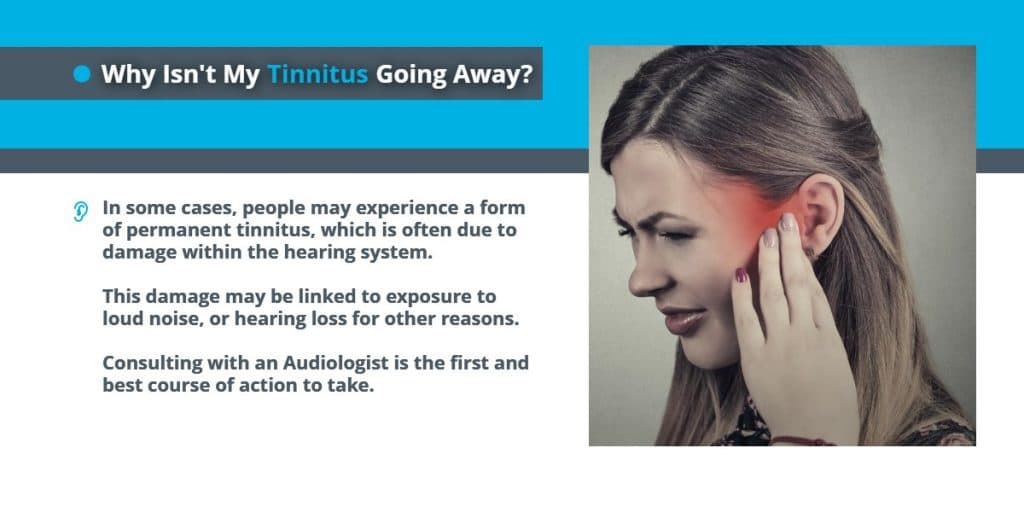 Tinnitus can also be caused by something else other than your ears or your hearing, such as diabetes that is not being managed properly, cardiovascular diseases and physical problems especially within the head, neck and jaw areas. Allergies, congestion or Eustachian Tube Dysfunction can also cause tinnitus, as well as the intake of some medication which we call ototoxic. 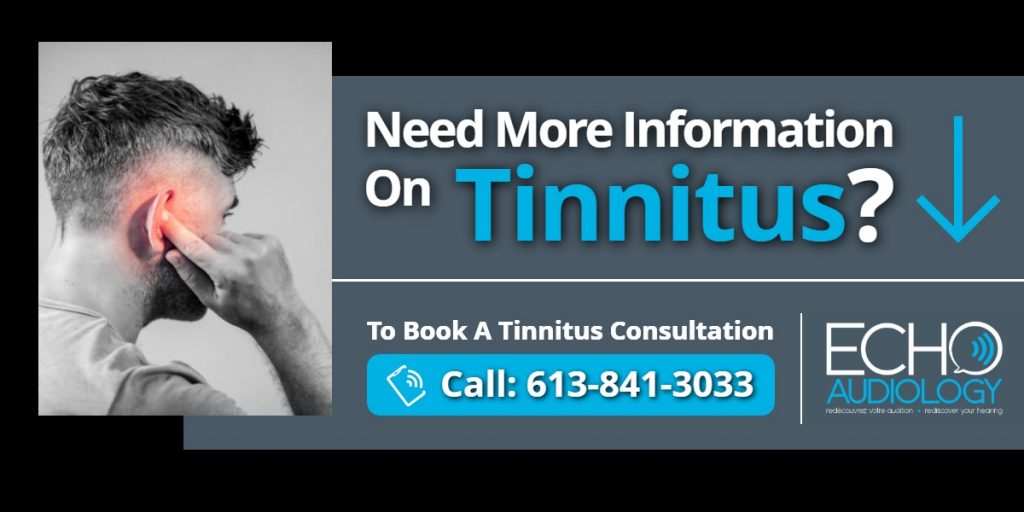 There’s a lot of misconceptions about this symptom, but to clear the air, here’s some more valuable information about tinnitus.

Echo Audiology takes pride in providing you with a great experience.

Medical Referrals Are Not Required to Schedule an Appointment.